Trail running often involves more undulating terrain than road running; and when you move into the world of mountain races and sky running, then there is always significant elevation change. Often this can involve technical descending, where good technique and mental focus are required for a successful race.

But how do you train to prepare for going downhill fast on this type of terrain?

Recent research by Björklund et al., (2019) discovered that, when trail runners were running downhill, they experienced peak force (hitting the ground harder) than on level or uphill sections of trail.  This confirms other research, such as that by Gottschall and Kram (2005). The latter discovered that on a -9 degree slope impact force (compared to flat running) increased by 54 percent and breaking force increased by 73 percent. 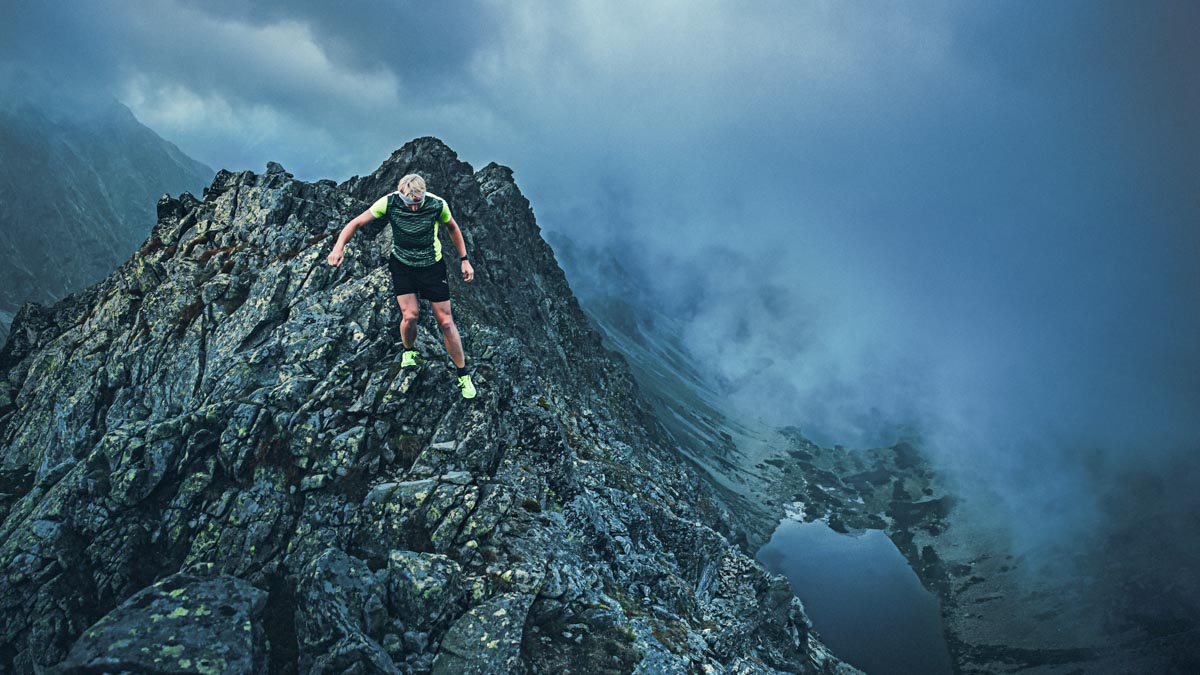 Björklund et al., (2019) also found that the performance between runners varied most when descending, and of the three downhills studied, the largest variance in time was on the most technical section. Therefore, if a descent, is technical it will lead to greater time differences relative to a more runnable descent.

When it comes to longer races, such as mountain ultramarathons, research has revealed that runners’ average speed decreases throughout the race. However, when analyzing level, uphill and downhill running over the course of a race, the decrease in speed was greatest in the downhill and level running sections. Furthermore, speed continued to drop up until the last section of the race for downhill running, which was not the case for flat or uphill running, where the reduction in speed plateaued (Kerherve et al., 2016)

If you can maintain your downhill running speed in longer races, and improve technical descending, there are opportunities to improve race times.