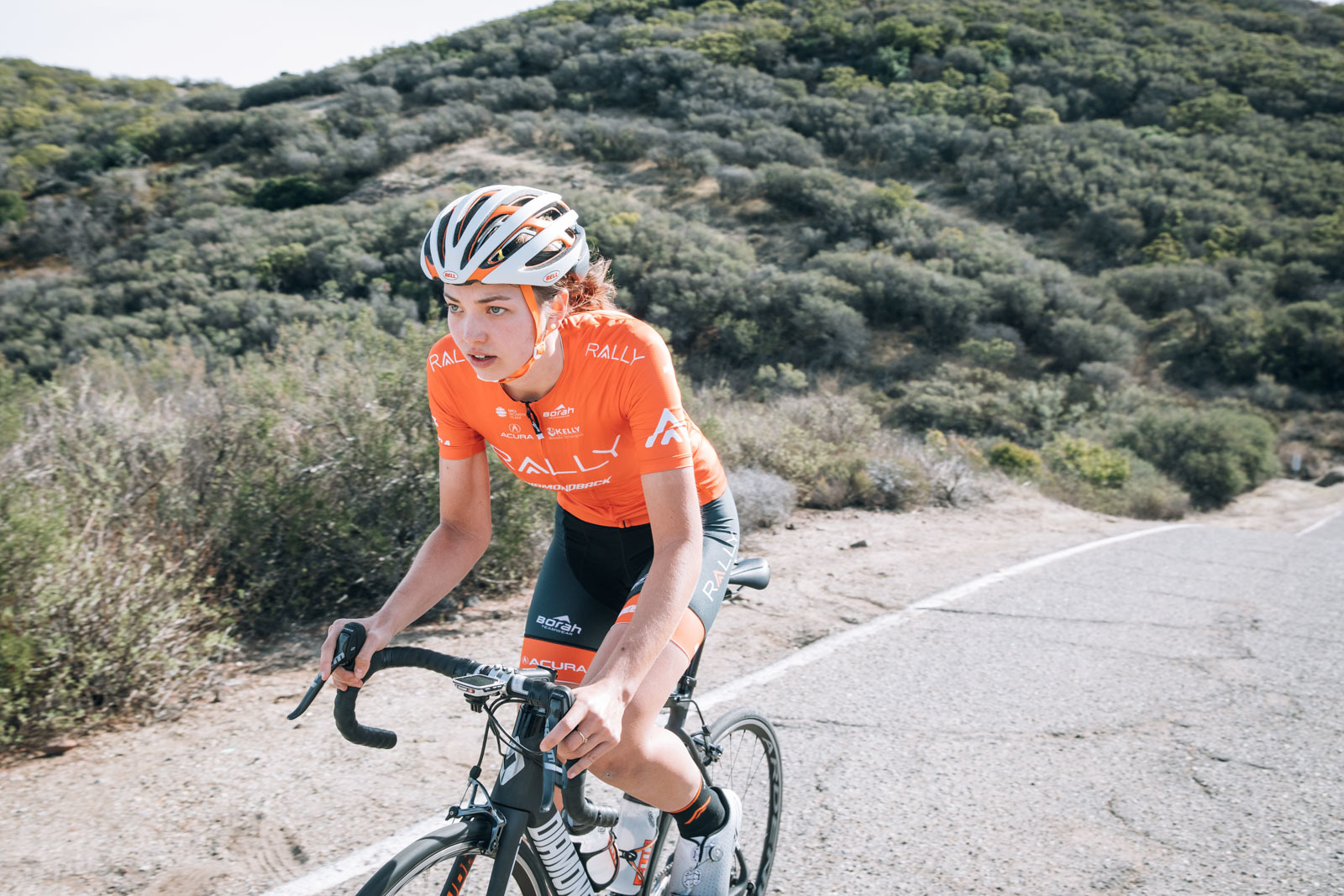 “Anticipate the climb… and then spin to win!” says climber Gillian Ellsay. While the rider next to you on your group ride might attack a hill in the big ring and mash up, pedaling super slow in a hard gear, that’s not the best strategy — and you’ll never see a pro do it. The fastest way to the top of a long climb is actually pre-shifting to an easier gear before the climb starts, and spinning your way up it — that’s Gillian’s brother Nigel’s best advice. You save energy, and by the top, the guy in his big ring will likely be grinding gears trying to shift down while you effortlessly pedal past.

5. Speed Up Your Descents 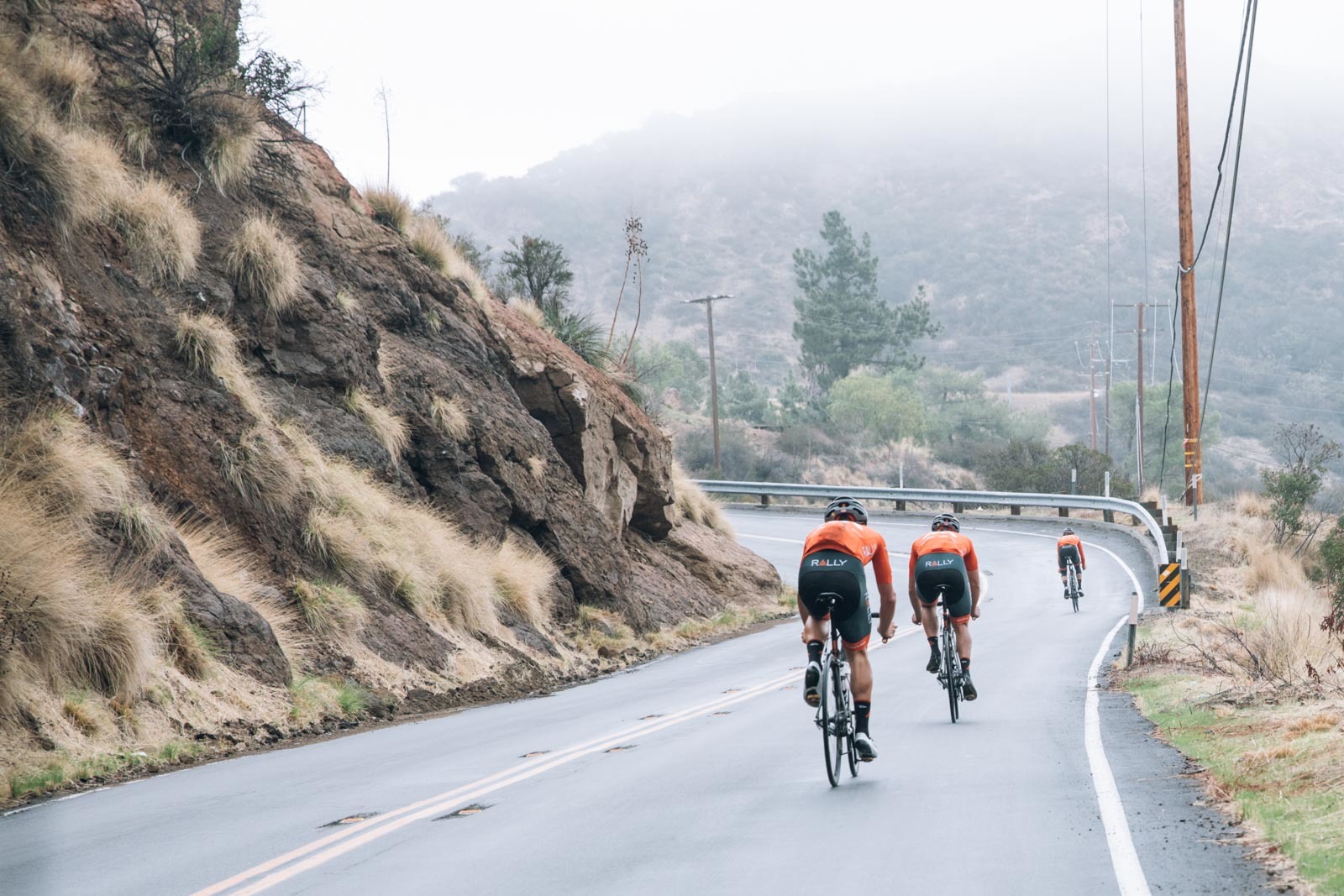 Going downhill sounds simple, but most cyclists can recall a time when they felt tentative on a winding descent. And that’s absolutely fine, according to Anderson. “You have to build into it. Do what makes you feel comfortable,” he says. You want to feel in control at all times, and if that means creeping down a hill at first, that’s absolutely fine. To practice adding some speed, Anderson recommends finding a descent that you do regularly, timing it, and then, “trying to do it just a little faster every time.” As far as where your eyes should be, Anderson cautions that looking at the ground directly in front of you isn’t the safest: Always look ahead of you to see what’s coming!

Being in the draft — riding directly behind someone in a group in order to create a “slipstream” effect — is a wonderful feeling. It makes riding a lot easier and a lot more fun, but it can be a tough skill to master. Longtime racer Danny Pate recommends starting small if you’re new to the concept: Get a friend to ride with you and practice with one person. Then, gradually, increase to a few friends or a small group ride, and get comfortable there before tackling large rides or races. 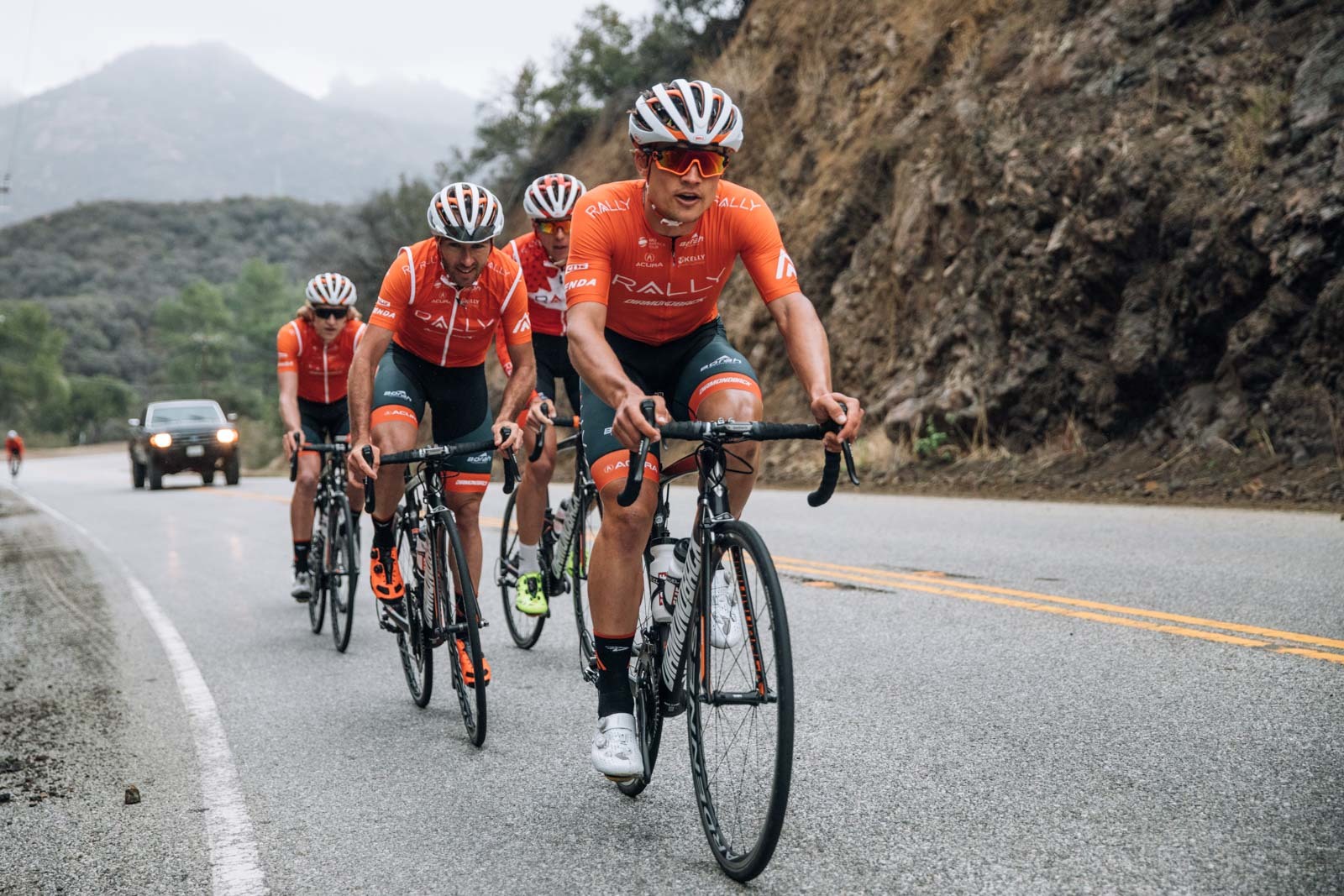 “Give the person in front of you a little space — you don’t have to be an inch from his wheel like the guys racing on TV!” says Anderson. “Pay attention to the wind, too. If the wind is coming from your right, try to stay a bit to the left of the bike that’s in front of you. It’s a little safer and it’ll be a lot easier.”

Finally, Anderson advises against staring at the wheel in front of you. Instead, you should be constantly looking around the person ahead of you, so you can see what’s coming up.

Are you a gear masher who refuses to drop out of your big ring? If so, you’re losing out on valuable speed and power. If you have a cycling computer that tracks your cadence, take a look at it while in-ride so you can see what rate you’re spinning. If you don’t have one, you can use a timer for one minute and try to count the rotations per minute (rpm) that you’re pedaling. It won’t be as precise, but you’ll get an idea as to whether you’re way down at 50 rpm or spinning like crazy at 120 rpm. 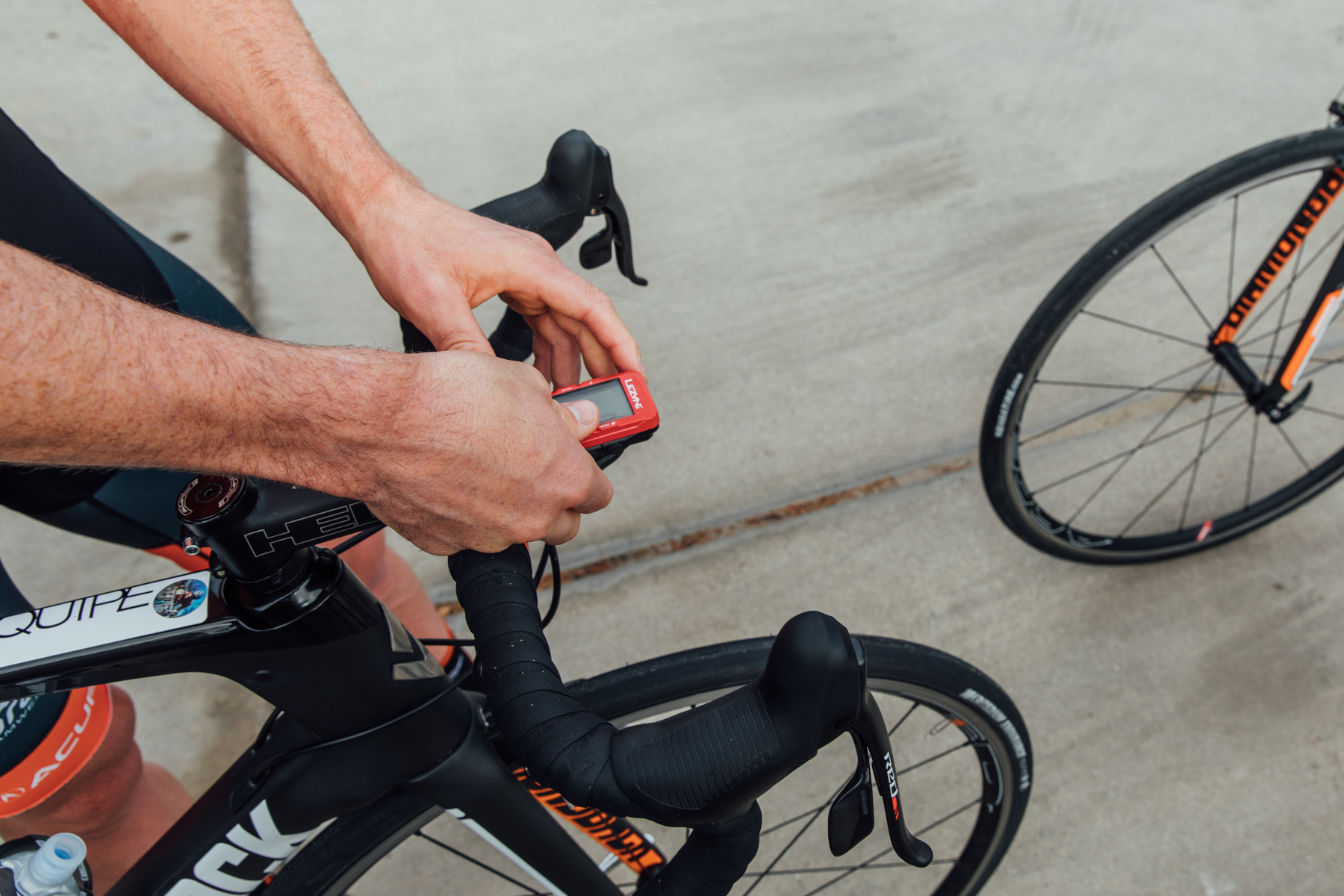 Whether you use a computer or a timer, be sure to track your RPMs.

“Getting comfortable with the right cadence can be hard. It goes along with knowing when to shift, but if you focus on maintaining a cadence of 85 to 95 rpm, that will help you know when to shift down or up,” says rider Allison Beveridge. “Start off with five minutes of making a conscious effort to spin in that 85 to 95 rpm range, and focus on a smooth pedal stroke. Do that on and off during a regular ride, focusing on it part of the time, and the more time you spend pedaling at that higher cadence, the more natural it will feel and become.”

“There’s always someone who has more experience than you,” says Danny Pate. Even after 18 years racing as a pro, he says that he still learns new tips every year — and so can you. 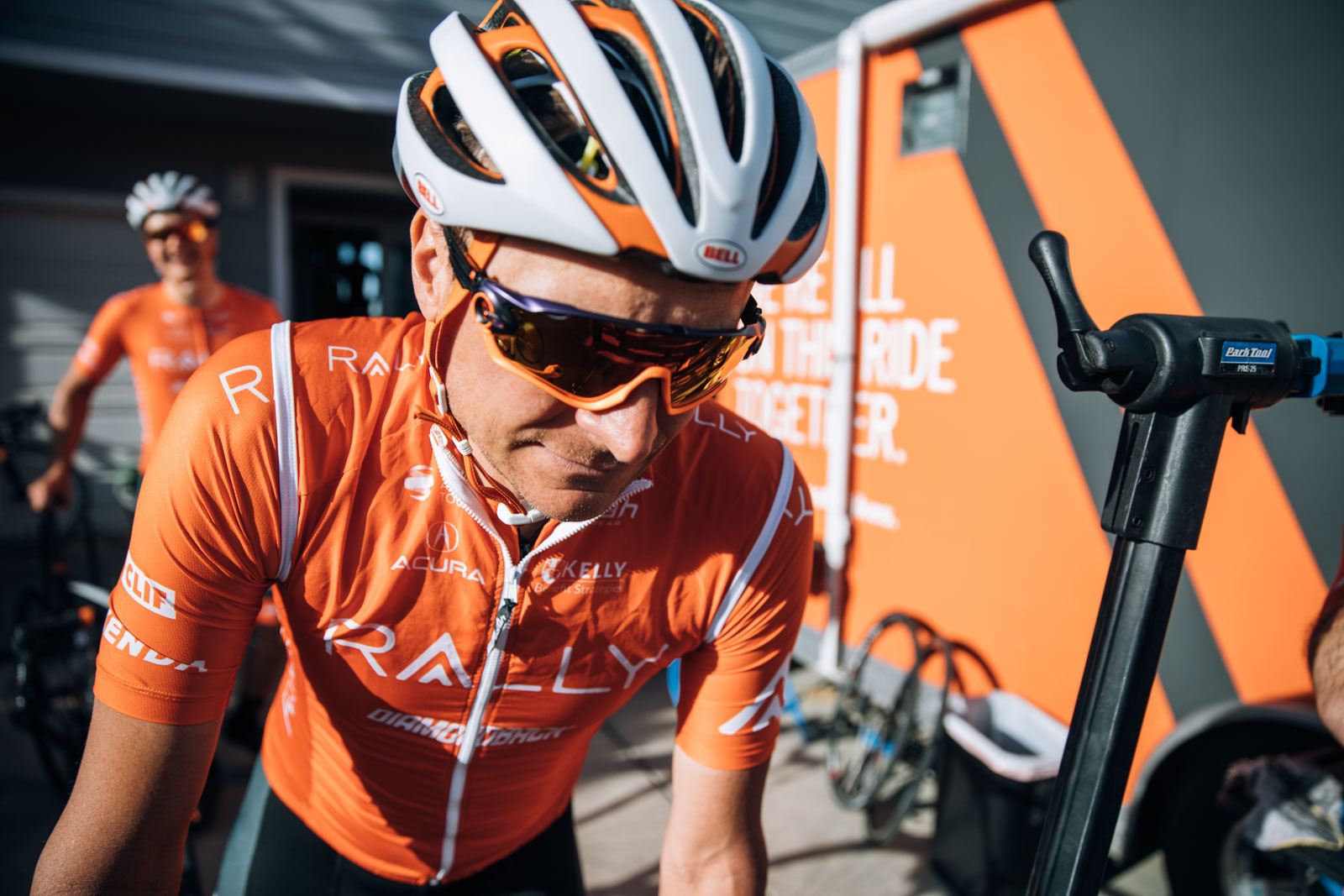 “If you can seek other people’s input and help, you’ll get great advice,” he says. “That’s why it’s better to ride with people who are a bit better than you — you’ll learn more.”

To find great people to help you improve your riding, Pate recommends going through local channels like club teams and bike shops to find rides. But there’s one caveat: “Be truthful with yourself about your ability level when picking — you want to be with people a little faster, not getting dropped every ride.”