Whether you’ve been riding for decades or you’re just starting to pedal around the neighborhood, there’s always room for improvement in your cycling. Even members of the Rally CyclingSM team who have been racing for nearly two decades are still learning new tips and tricks. Here’s some great road riding advice from members of the men’s and women’s teams, sharing  tips that they wish someone had clued them in on years ago.

Corners can be the trickiest part of riding for new cyclists. Almost every cyclist deals with some trepidation when heading into a turn, but if you follow this advice, you’ll be cornering more smoothly in no time. To start, focus on the entry to the corner.

“Cornering and braking go hand in hand,” says Erica Allar, who’s been racing for 17 years. “You want to slow down before you’re actually in the turn: You don’t want to brake while turning.”  She’s absolutely right. Braking in a corner can be dangerous, as you’ll lose traction and run the risk of crashing. 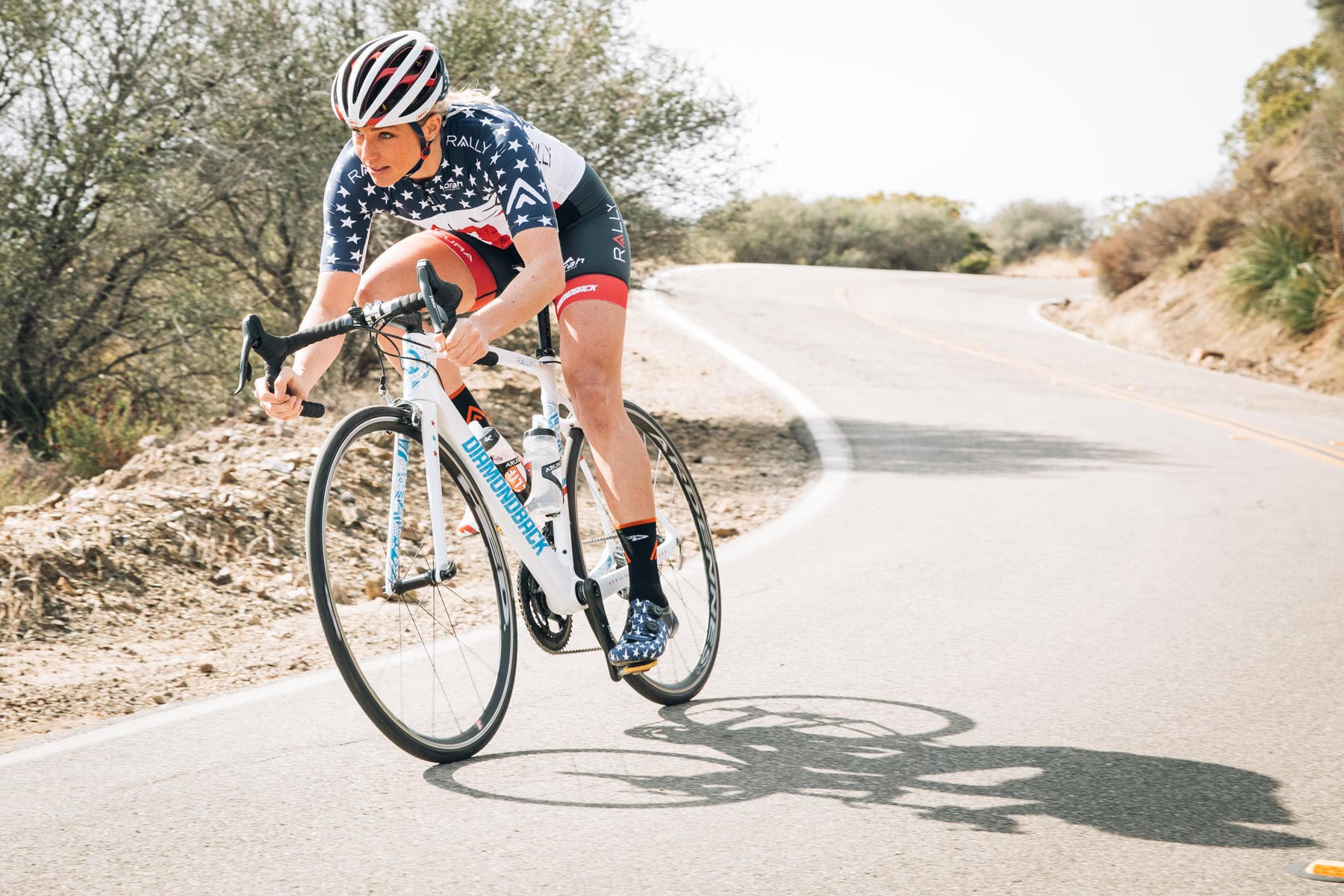 She also reminds riders to focus on where they want to go, not where they don’t want to go! “In a tight turn, if you look at the trees to the side, you’ll likely end up in the trees,” she says. Make sure your tires have a solid connection with the ground, and stay steady by pushing your outside foot down on the pedal. Longtime Rally team member and former National Criterium Champion Brad Huff says this will offer you the most traction and stability. 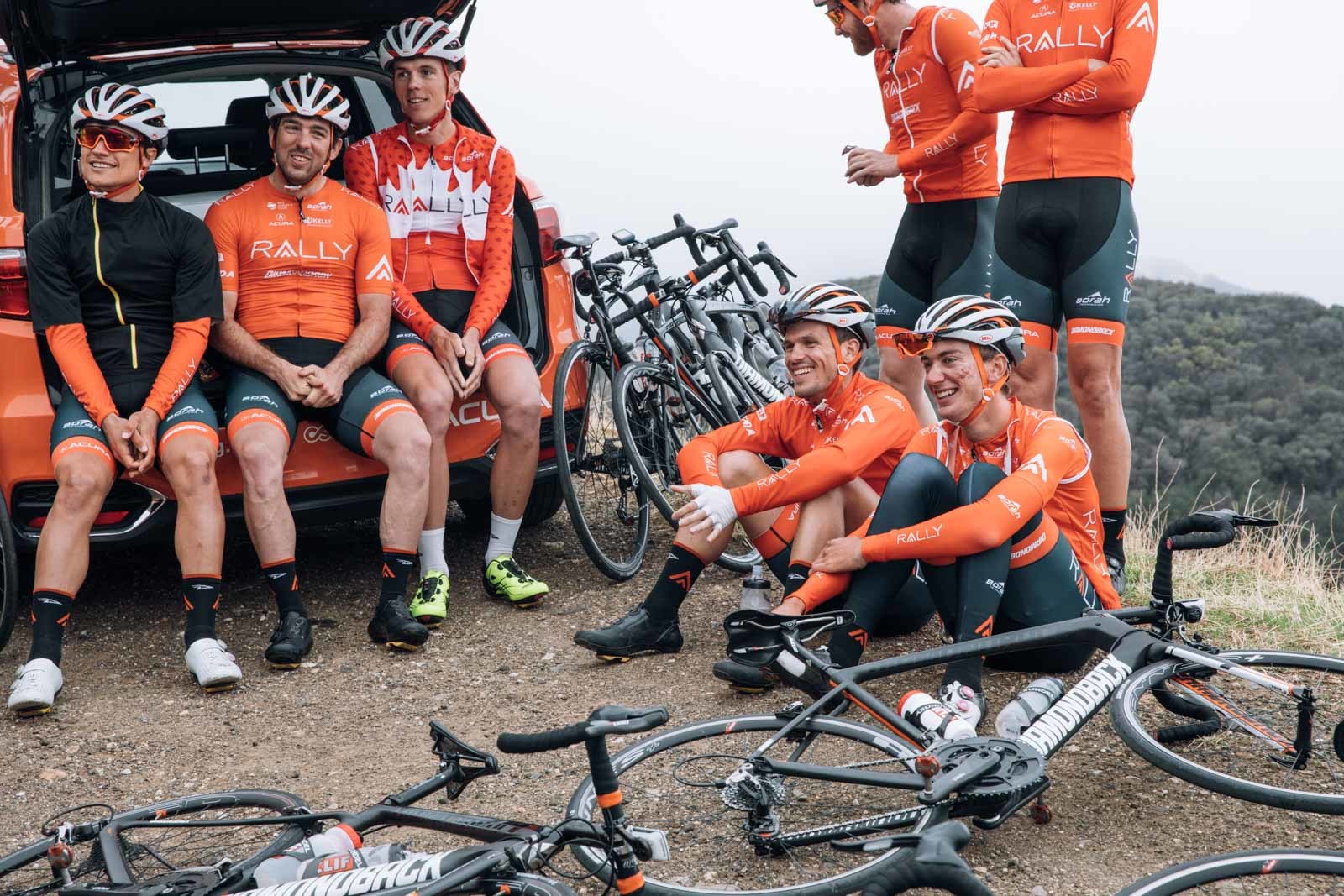 Riding with the right group makes all the difference.

Even pros just wanna have fun. Nigel Ellsay’s top tip is to focus on making riding fun, not a grind, by riding with other people who know what they’re doing, and who make you enjoy the time spent pedaling. His sister and teammate Gillian agrees, saying, “Be comfortable with the people you’re riding with: Don’t ride with 30-year-old elite men if you’re just starting!” You may need to try a few local group rides before you find a crew that feels like a good fit, so don’t be afraid of testing out a bunch of different groups.

3. Get Comfortable Riding in the Drops

Keeping your hands on the hoods of your handlebars for the easiest shifting and braking access — and comfortable upright posture — might seem like the best idea, but you actually lose some of your control. Riding in the drops (the lower part of curved handlebars) offers the best stability, especially at high speeds and going down hills, says longtime pro Ryan Anderson. 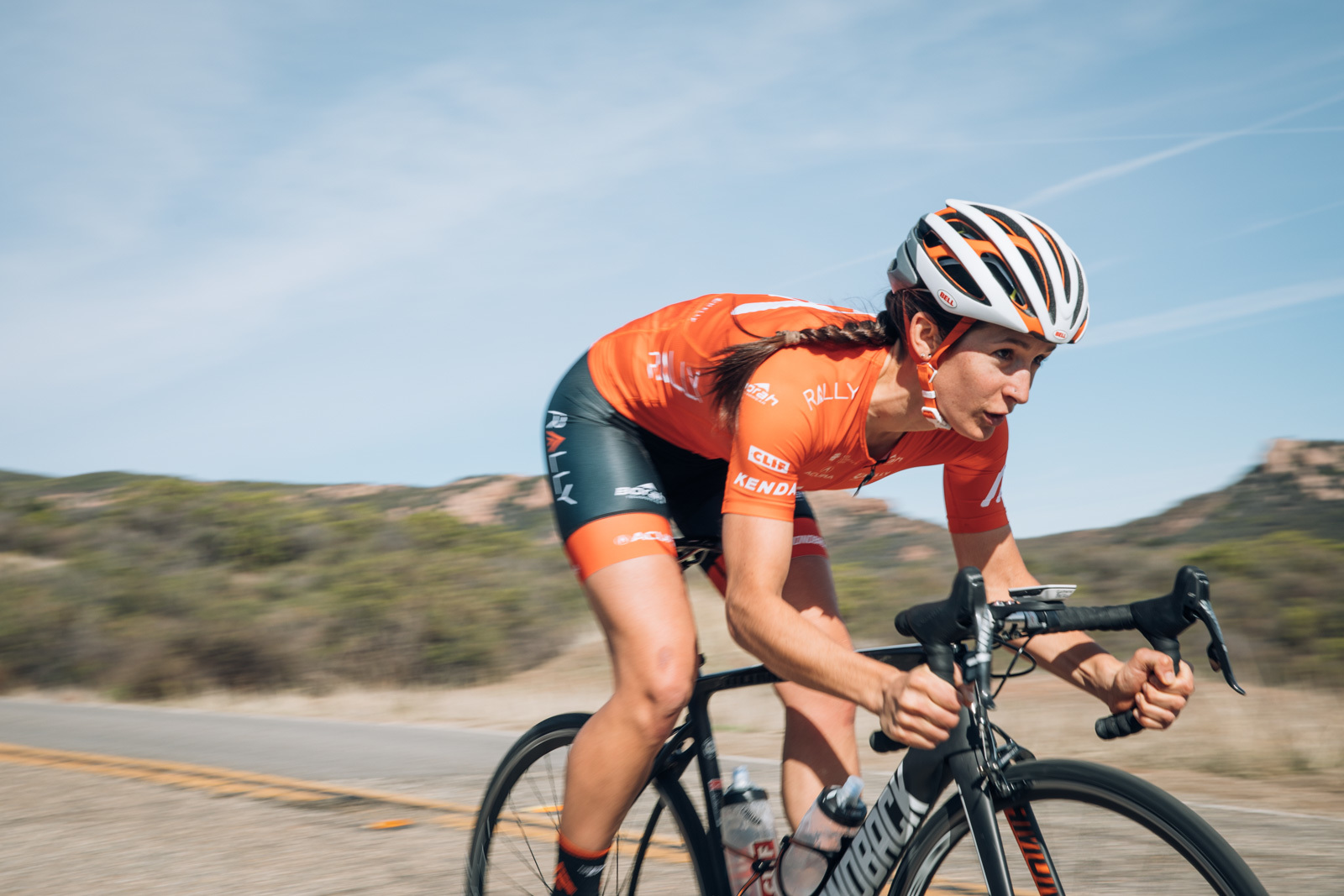 Sara Bergen, riding in the drops.

“It’s something you can work on on a straight road to get used to it first. Riding in the drops isn’t the most comfortable position at first, so just do it for a few minutes at a time,” he says. Core work off the bike can help make this feel more comfortable, says Anderson.