There’s a whole host of downhill mountain bikes from Europe on offer these days, from value-for-money direct sales to World Championship winning rides.

The majority of these downhill bikes have seen their fare share of action on the World Cup circuit and impressed around the world. There’s even a couple from the UK, though for a more specific look at home-grown rides check out our list of downhill bikes from British Brands. 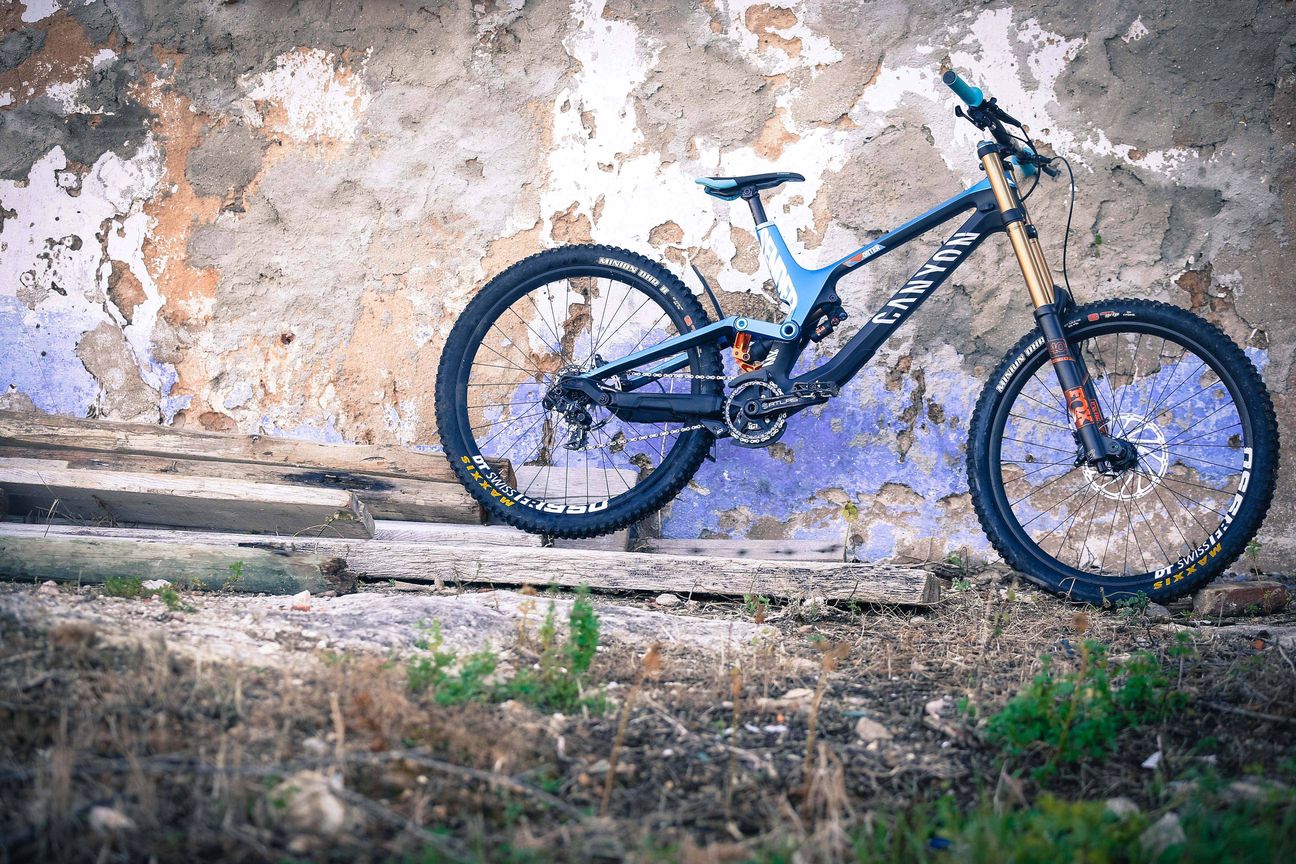 German brand Canyon have long been known for offering top of the line bikes at reasonable prices and the Sender is one of the best on the market at any price.

We were delighted to see Canyon develop something new rather than just build upon an already established platform when they dropped the Sender onto the market in 2016, and there’s no doubt that the €4800 ride stands out from the crowd.

The detail, sizing, geometry, and the noise from the bike, or lack thereof, are all spot on. 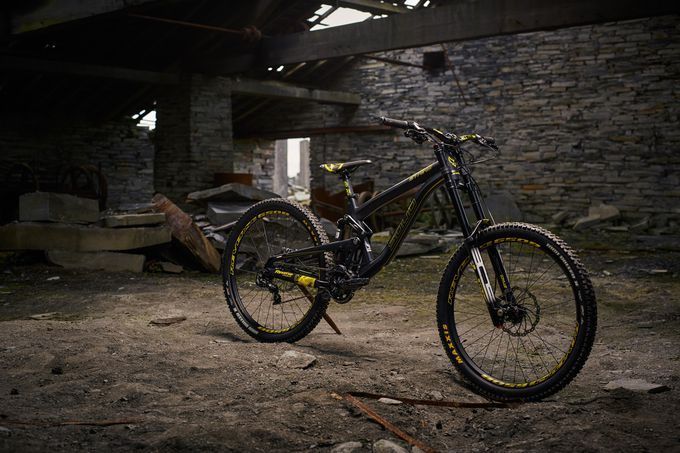 The Solid Strike got in on the 650b action early on and it remains one of the best around. It may be aluminium but weighing in at around 36lbs, it does make you think about whether less comfortable rides on cheaper carbon frames are really worth it.

With ‘reach’ at 453mm, a bottom bracket drop of -8mm, which puts it at under 350mm, the Strike is near enough perfect on numbers. And a wheelbase of 1270mm makes the German ride longer than the extra large Trek Session or Specialized Demo. 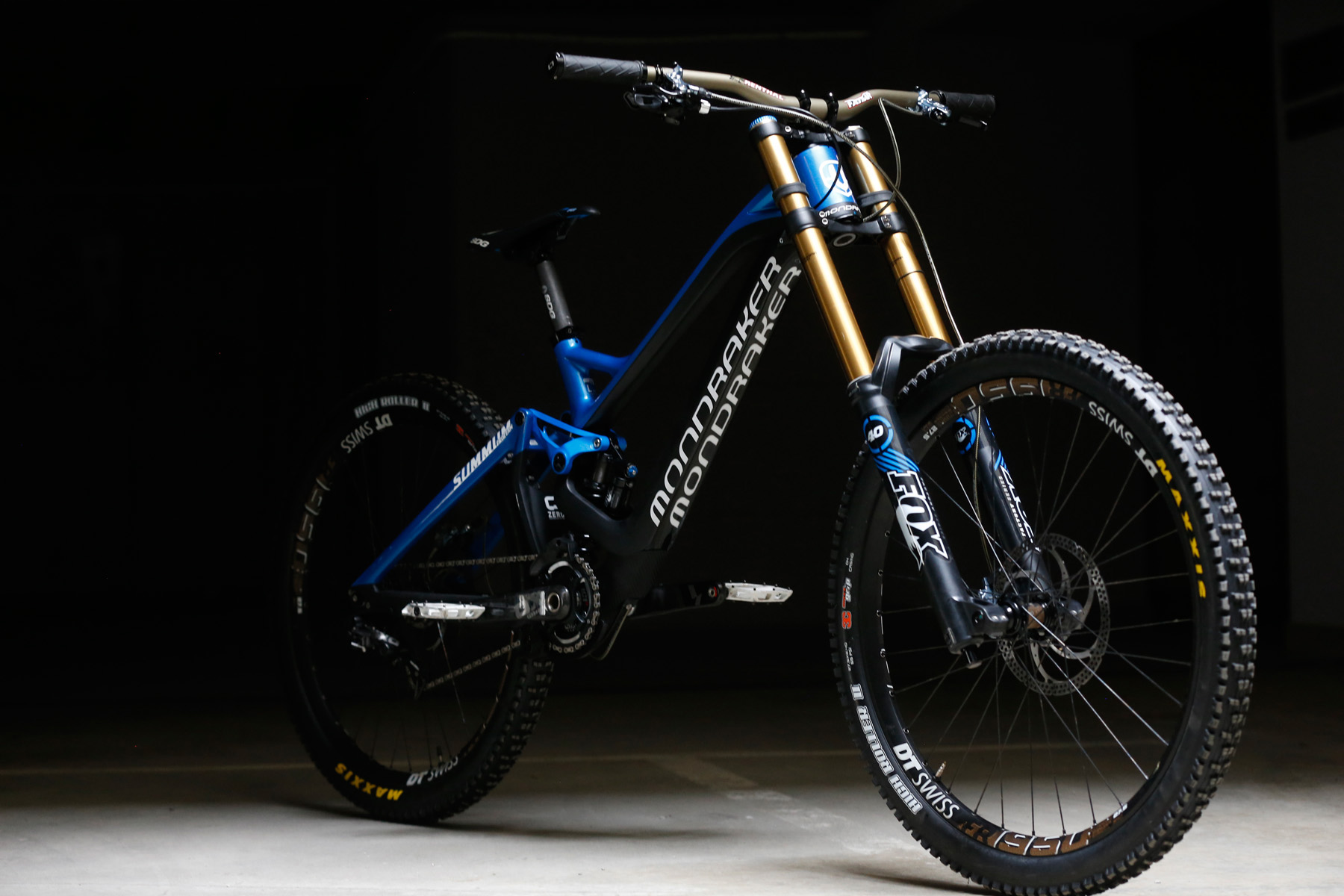 It will have been a sunny day in Spain no matter what the weather when the guys at Mondraker tuned in to see the 2016 World Championships.

The brand saw the Mondraker Summum clean up in Val di Sole, with Danny Hart, Laurie Greenland and Florent Payet coming in first, second and third, all riding the Spanish bike. How’s that for a bit of helpful PR work? One of the lightest aluminium production bikes on the market, Swiss company SCOTT have specced out the Gambler nicely for a £5000 downhill mountain bike.

The Gambler isn’t perfect but it’s a hugely enjoyable ride, and Adam Brayton has proven its credentials by riding it to a top 10 overall finish this year.