The latest manufacturer to announce a big shift towards electric and hybrid cars is Daimler, parent company of both Mercedes-Benz and Smart. It has said it plans to spend €5.4bn on research and development over the next two years, much of it earmarked for a new wave of cars with motors and batteries.

Some of that overall investment will go towards improving the efficiency of the petrol and diesel engines that still make up the vast majority of the group’s output, but the next couple of years will also see the arrival of new electric, hybrid and hydrogen-powered options. With heavyweights like the plutocratic S-Class on its books, plus lots of fire-breathing AMG models, Mercedes will need plenty of highly efficient cars to help it meet EU emissions targets. It has to hit a 95g/km average across its fleet by 2020 to avoid painful fines. 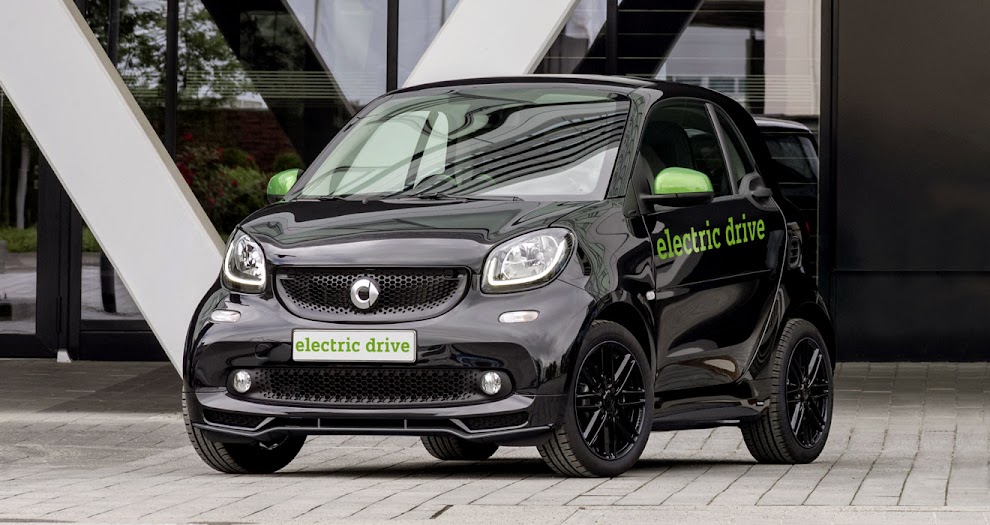 Among the first fruits of that effort will be fully electric versions of the current Smart ForTwo and Cabrio, replacing the current old-shape ForTwo ED. Engineering similarities between the ForTwo and ForFour also mean we will see a four-seater EV from Smart for the first time. The new electric models will go on sale in Europe in early 2017, after a stint spinning on the turntables of the Paris motor show in September.

In addition, a new dedicated electric vehicle platform is being developed to underpin future electric Mercedes cars – a shift away from squeezing a battery and motor into a model primarily designed for an internal combustion engine, as with the B-Class Electric Drive. This move should help Mercedes to better compete with electric-only designs from the likes of Tesla, BMW and Porsche, among others. The first cars built using the new EV platform are due to arrive before 2020. 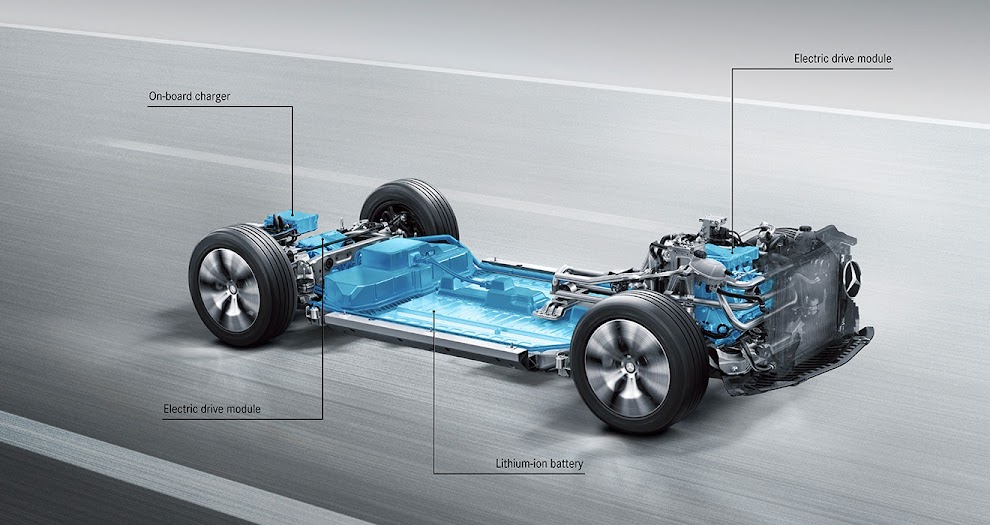 Before that, the company has promised to put a hydrogen fuel-cell car on sale, with an F-Cell edition of the Mercedes GLC off-roader joining the hydrogen-powered Hyundai ix35 and Toyota Mirai on the market next year. But the Mercedes comes with a twist. The GLC will be a plug-in hybrid, combining hydrogen fuel-cell technology with a substantial lithium-ion battery, charged from the mains.

While both the Mirai and ix35 do feature lithium-ion batteries, they are relatively modest in capacity, serving much the same role as batteries in non-plug-in hybrids like the standard Toyota Prius. The battery in the plug-in GLC will boast a capacity of around 9kWh, in the same ballpark as today’s petrol-powered plug-ins like the Volvo XC90 T8, BMW X5 xDrive40e and Volkswagen Passat GTE. This will give Mercedes’ hydrogen car the ability to travel up to 50km (31 miles) on mains charge alone. 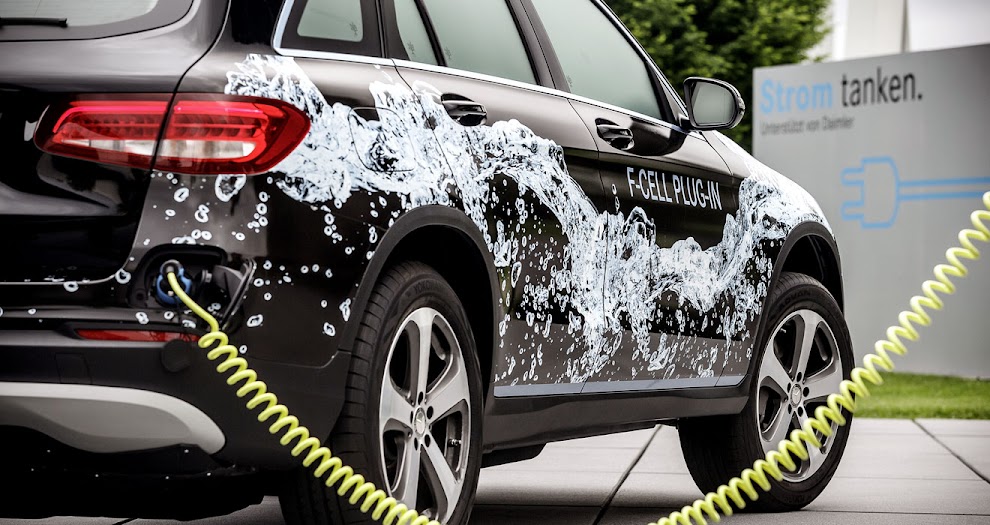 The battery will also allow the GLC to manage with smaller hydrogen tanks than its rivals. When filled to their 700 bar peak pressure, the car’s carbon-fibre tanks – one under the rear seats and another in the centre tunnel – will hold just 4kg of hydrogen, compared with 5kg for Toyota’s fuel-cell car and 5.6kg for Hyundai’s. Mercedes says the combination of battery and hydrogen will yield a combined range of about 310 miles.