Experts increasingly have the same perspective, says Dr. Stephanie Romero, an assistant professor of obstetrics and gynecology and maternal fetal medicine at the University of South Florida Morsani College of Medicine. “People used to think of pregnancy as a disease state by itself and that pregnant women were fragile in some way, but no, that’s not the case at all,” she says. Now,​ the American College of Obstetricians and Gynecologists recommends pregnant women without obstetric or medical complications exercise at least 30 minutes a day most – if not all – days a week, just like the rest of the population. Regular runners, the organization says, can keep running, though they might have to modify their routines. “We’re seeing more and more data about how beneficial exercise truly is in pregnancy,” Romero says. ​ 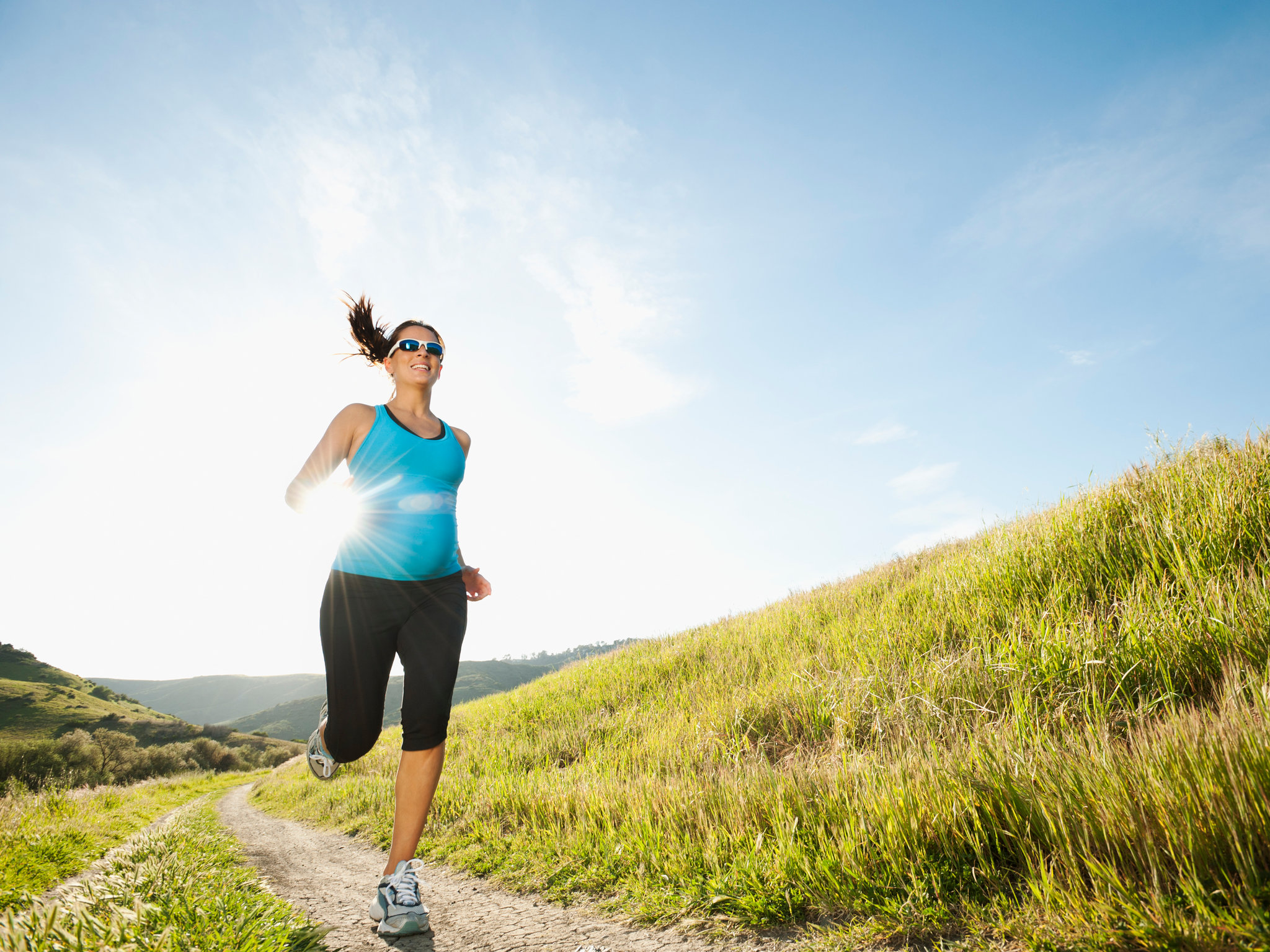 “The number of advantages for any [pregnant] woman, whether she’s hardcore or somebody who just wants to maintain her activity, are many,” Pivarnik says.

For Cole, who typically ran three or four times each week before becoming pregnant, continuing to run helped her maintain peace of mind. “There are so many things you can worry about [when pregnant],” she says. “Running is my way to make all the worries stop and just focus on one thing. ​”

Whether you run to clear your head, compete in races or just stay in shape, here’s how to do it safely and as comfortably as possible:

As early in your pregnancy as possible, tell your provider your plans for physical activity. Chances are, they’ll cheer you on. “I never tell a patient ‘don’t exercise,'” says Romero, who adds that pregnant patients ask her weekly if they can run 5Ks. “It’s a great thing to exercise.”

But even if you’re healthy and have an uncomplicated pregnancy, it’s important to keep your doctor or midwife in the loop so he or she can monitor your activity and respond if any problems arise. “Be straight with them,” Pivarnik advises. If your provider doesn’t support your desire to keep moving, look elsewhere. “Get to a physician or other provider that really understands and appreciates your need to being active,” he says.

If the most you’ve run is a 5K, pregnancy is not the time to sign up for your first 10K, Romero says. A good rule of thumb: “Don’t do anything new with your pregnant body that you’ve not attempted with your non-pregnant body,” she says.

Even regular runners may find that lower-impact activities, such as the elliptical or swimming, can be more comfortable when pregnant. For example, women who are prone to back pain and other injuries, as well as women with a big baby bump but not a lot of weight elsewhere, might find running while pregnant isn’t for them, Pivarnik says. Other women may discover they enjoy running during one pregnancy but not during another, says Jen Hoehl​, a personal trainer in New York City. “Every pregnancy is different,” she says.

No matter how you stay active, keep your focus on your health and growing family – not a shiny new race medal, recommends Hoehl, who mostly walked and weight-trained while pregnant with her first child born in May. “If you want to run a 5K, 10K, even a 15K with your girlfriends, that’s awesome,” she says. “Just don’t try to be the runner that ran the marathon at nine months just because you were signed up for it.”PREGNANCY SICKNESS