When you consider the obvious motorsport derived advantages of a mid-engined design, it’s no surprise that a large number of today’s sporting classics benefit from this superb layout. At the very least, a mid-engined car brings weight distribution closer to perfect, which has a knock-on effect when it comes to handling and roadholding. But there are other benefits – there’s less chance of wheelspin when pulling away in wet or slippery conditions than in a front-engined car. And for the same reasons of grip, braking can also be improved.

There are downsides, including the passenger being pushed forward, which explains why the vasy majority of mid-engined cars are two-seaters. Then there’s the fact that luggage space is often compromised, which again menas the layout is less suited to the four-seater market. But who cares about that? The fact is, there’s a plethora of mid-engined sporting classics on today’s market – with something for literally every budget, from just a few hundred pounds to six-figure sums. So we’ve put together 10 of the best (or, in some cases, the best-value) for you to consider. 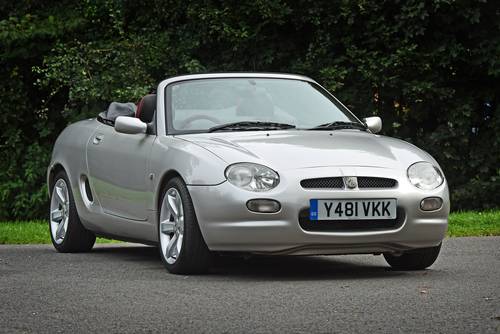 Now more than a decade old, the best TFs are making friends in the marketplace, with prices gently rising now.

With the MG line-up expanding via the launch of the ZR, ZS and ZT models of 2001, it was inevitable that the mid-engined MGF would be updated. So extensive were the changes, however, that a ‘new’ name was decided upon: The TF. The 2002 MG TF was an obvious evolution of the MGF, but its new front styling ensured a more modern look. The bodyshell was 20% stiffer than before, while uprated versions of the 1.6- and 1.8-litre K-series engines meant a boost in power. Biuggest change, however, was usurping the MGF’s Hydragas suspension in favour of a coil-sprung set-up.

The TF sold well until the collapse in 2005, but went on to enjoy a new lease of life in 2008 when re-launched by MG’s new owner. These final models have many differences, and the market hasn’t made its mind up yet – unlike MG Rover-era TFs, which are now happily going up in value. For the really good ones. 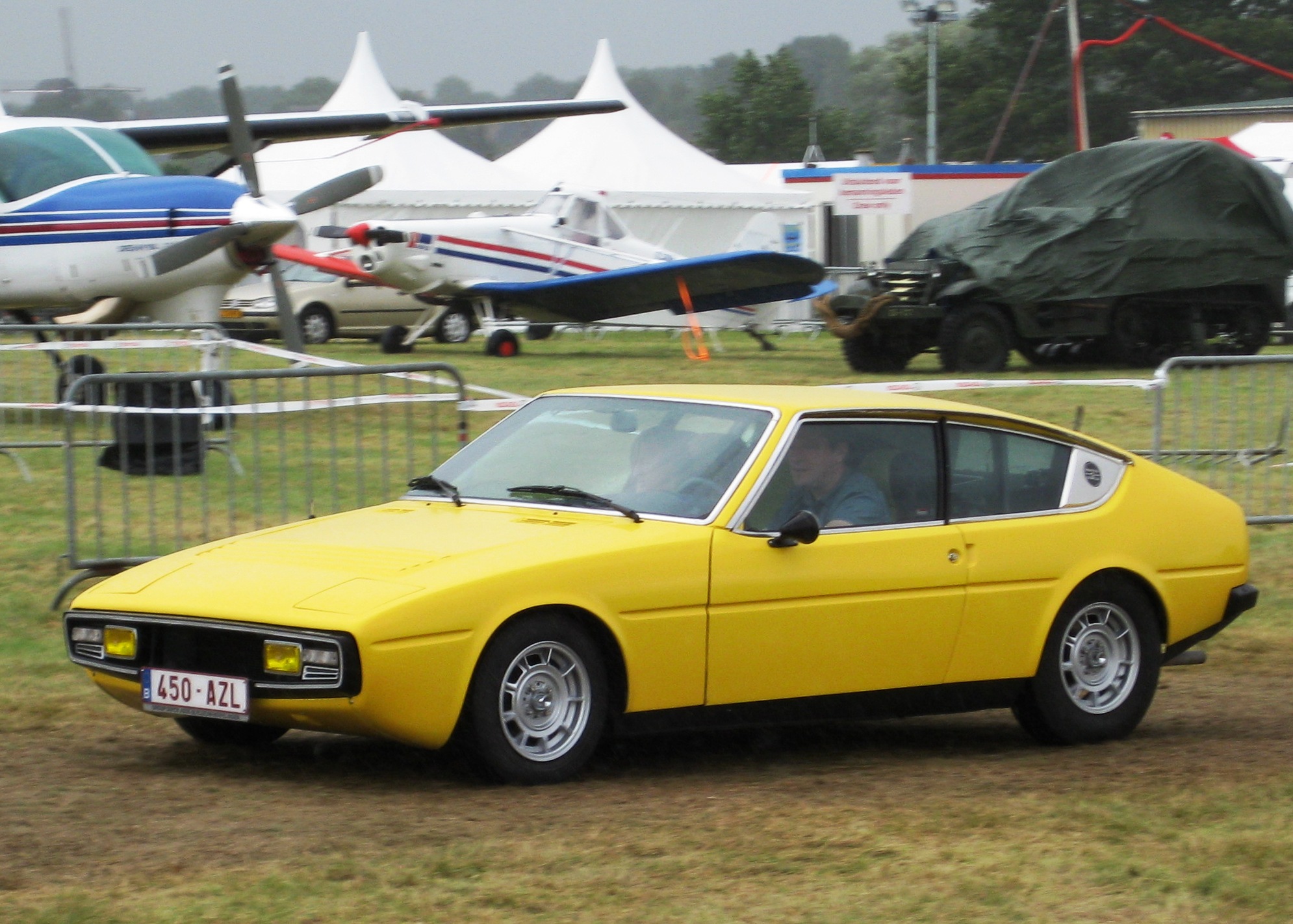 A baby Urraco when it was launched, this innovative three-seater is following Lamborghini northwards, value-wise.

When the Bagheera was launched in 1973, it featured Simca’s 1294cc engine, with just about everything else borrowed from the Chrysler/Simca ranges. The car would be sold via Chrysler’s European’s dealerships, giving it far greater exposure to the market than Matra could ever achieve alone.

With its three-abreast seating, mid-engined layout and glassfibre bodywork, the Bagheera brought fresh new ideas to the coupe market, although the market wasn’t ready for it. It would only ever be available officially in left-hand drive form. UK imports did evenutally get under way four years after the Bagheera’s homeland debut, but lack of RHD restricted appeal.

With the Esprit set to hit 40 next year, values have already begin to firm for the earliest examples in 2014.

Inspired by a Giugiaro concept car from 1972, the eventual production version of the Lotus Espirt still looked stunning when it took a bow four years later; and even when that original body style was phased out in 1987, this wedge-shaped wonder was as dramatic and as head-turning as ever.

Power came from Lotus’s familiar 1973cc (160bhp) Type 907 twin-cam engine, albeit linked to a Citroen gearbox; performance was strong, with a claimed  top speed of 138mph. Of course, James Bond’s famed amphibious version never did make it into production.

A round of improvements led to the announcement of the S2 in 1978, followed by an engine upgrade (to 2.2 litres) in 1980. The S3 – with a host of minor refinements and enhancements – hit the streets in 1981 and ran for six years. Most exciting of the bunch was the Esprit Turbo, launched in 1980 and offering a whopping 210bhp – with a top speed of 148mph, plus 60mph in less than six seconds.

Balanced styling, increasing rarity, and the kudos of the Lancia badges is steadily boosting prices.

Originally designed as the Fiat X/20 and intended to be a bigger, more powerful alternative to the X1/9, the Montecarlo ended up wearing Lancia badges when launched in 1975. Production ceased in 1978, however, while Lancia dealt with braking issues caused by the front-only servo. The model reappeared in 1980 for a further two years, featuring uprated brakes, a new grille and glazed rear ‘buttresses’.

Most desirable of all the Montecarlos is the Spider version, of which 3558 first-generation and just 817 second-generation models were built. Power came from Lancia’s brilliant Fiat-derived 1995cc twin-cam engine, mid-mounted for the best in handling and grip.

Towards the end of its life, the Montecarlo cost around £8500 in Britain. Nowadays you’ll pay a lot more than that for an excellent example, so budget up to £10k if you want a decent car. You’ll then have one very satisfying, and great-looking, Italian classic sports car that’s far less predictable than a similarly valued (and more conventional front-engined) Alfa Spider.

Underrated when new, the rare 3000ME is still the cheapest way into ACs ownership  – and remains a safe investment for 2015.

If there’s one thing that this particular AC is often remembered for, it’s the frustratingly long period it took for the car to go on sale. This Ford V6-powered mid-engined sportster was unveiled at the 1973 London Motor Show, yet the first customer-ordered cars weren’t delivered until late 1979. By the time it went on sale, potential buyers for the 3000ME weren’t exactly beating a path to AC Cars’ factory door.

It was a shame, because the 3000ME showed a great deal of promise, yet remained on sale for just five years. By the time production ceased in 1984, a mere 84 cars had been sold – a far cry from anticipated production numbers.

The 3000ME’s biggest problem new was its high pricing, but this is no longer true; usable cars can be bought for £10,000 or less – at least for a little while longer.

The Europa remains good value in 2014, but is following the Elan into the stratosphere – buy now if you want one.

The Lotus Europa was a mid-engined pioneer – joining cars like the Matra DJet and De Tomaso Vallelunga as one of the first of its type to go on sale.

Despite being announced in 1966 and going on sale in mainland Europe straight away, it would be a further two years before American buyers could get their hands on the Europa – and, amazingly, it wasn’t until 1969 that it became available in the UK. No wonder its maker referred to it as ‘The Lotus for Europe’ (hence its name).

European cars came with 1470cc Renault power, upgraded to 1565cc for the American market. These gave outputs of 78bhp and 80bhp respectively, though Euro models were soon increased to 82bhp to improve power and torque. The Europa S2 followed in 1968, followed by the exciting Europa Twin Cam three years later.

Slightly longer to accommodate the Lotus-Ford DOHC engine, the Europa Twin Cam boasted 105bhp and a top speed of 117mph. Then came the Europa Special in 1972, with a healthier 126bhp and optional five-speed gearbox. Fewer than 10,000 Europas were built, so there’s plenty of Elan-style exclusivity.

Some Porsche fans may try to airbrush the 914 from the company’s history, yet this was a crucial model for the sports car maker. Launched in 1969, the 914-4 used Volkswagen engines, the initial 1679cc fuel-injected (411) unit being replaced by 1795cc and 1971cc versions over the years. The subsequent 914-6 came with ex-911 six-cylinder power, making it more of a ‘proper Porsche’ according to some enthusiasts.

While few 914s were officially sold in the UK, plenty have since arrived here as US-spec imports. And with good examples from around the £10,000 mark, they’re a cost-effective introduction to classic Porsche ownership. Even better news is that because the 914 was mid-engined, it’s one of the best-handling Porsches on the classic scene, making it also one of the most enjoyable – so, buy now if you want one.

As British as roast beef and Yorkshire pudding, the brilliant VX220 already has a cult following that is pulling up prices.

Looking for a modern classic with exemplary handling, astonishing roadholding and thrilling performance, albeit one that’s slightly less predictable than a Lotus Elise? Then it’s time to consider the Elise-based Vauxhall VX220, built by Lotus under contract from GM.

Featuring a 2.2-litre 16-valv Vauxhall-sourced engine in place of the Elise’s original K-series, the VX220 boasted a superior power output of 145bhp; and that meant more than enough oomph to give this sub-900kg sportster thrilling acceleration. Things got even more exciting in 2002, when the 197bhp VX220 Turbo hit the streets.

Launched in 2000 and running for five years, the VX220 was inevitably a niche offering by Vauxhall standards. Many would consider it too young to be a ‘proper’ classic, but with limited numbers available, brilliant roadmanners, and proper ‘Brit’ car kudos, it was a classic when it left the factory.

There’s no shortage of low-mileage full-history examples on the market at any one time. Buy one, cherish and keep it long-term and get the fun back into your driving, while looking after your investment.

The arrival of the MR2 exactly 30 years ago brought the affordable mid-engined sports car concept to a whole new level of excellence, and for five years this first-generation model sold on its looks, specification and entertainment value.

It wasn’t that the MR2 was spectacularly powerful (at 122bhp) by ’80s standards; but with that figure produced at a heady 6600rpm, via just a 1.6-litre twin-cam four-pot, it was quite an achievement. And with a top speed of 120mph, 0-60mph in just 7.6sec, plus handling to match the thrills, the MR2’s fun factor was probably only slightly less than a day out at Alton Towers.

The MkII MR2 never did manage the same combination of fun and charisma, which makes the MkI the car of choice for most fans. But with just 166,000 produced, tracking down a perfect example isn’t as easy sa you might think – and that’s why people will pay top dollar for them.

Replacing the short-lived 206GT in 1969 came the new Dino 246 GT, featuring a 2418cc version of Ferrari’s highly impressive quad-cam V6 powerplant – developing a mighty 195bhp in this guise. It might have been the cheapest model from Italy’s most revered supercar manufacturer, but the Dino had no compromises when it came to performance.

The Dino wasn’t even badged as a Ferrari, although just about everyone now refers to it as the Ferrari Dino. In fact, Dino was created as a new, more affordable marque, giving Ferrari wider market coverage without diluting its own reputation. Ironically, however, what was once one of the most affordable Ferraris on the classic scene has seen soaring values of late, with a £200,000-plus asking pirce by no means unusual for a well-restored example.

If you can afford that, you’ll get to enjoy one of the sweetest-handling, best-looking cars of its generation – as well as Ferrari’s first ever mid-engined offering., Survivors are plentiful thanks for a (five year) production run of 3761 cars. But values will rise more.