There are lots of crazy claims out there about how to become more intelligent or train your brain to be smarter or healthier—but what many people do not know is that many of these have actually been properly scientifically investigated, and some fairly persuasive evidence does exist for many of them. 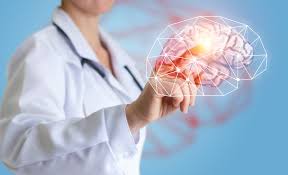 In light of that, here are 10 ways to help you reach your full intellectual potential and improve your brain health, with each of the ten suggestions having at least somewhat respectable evidence in their favor. As we work our way down to number one, we will be considering techniques that are backed up with harder evidence.

Not smoking is one of the first steps you can take to improve your brain health. But smoking is not just any old bad habit. One Archives of Internal Medicine study published in 2010 followed 21,123 smokers from 1978 to 2008. Those people who smoked more than two packs of cigarettes a day had twice the rate of dementia when they were older. This was true even when the researchers controlled for other factors that could explain the results, such as education level, race, age, diabetes, heart disease and substance abuse. Those who smoked between half and one pack a day had a 44 percent increased risk of developing dementia. Even the lowest level of smoker had a 37 percent increased risk.

The good news is that those people in the study who used to smoke but stopped had no increased risk of dementia and had normal brain functioning into old age.

One particular form of memory that we practice in relationships of all kinds is known as “transactive” memory, a concept first developed by psychologist Daniel Wegner in 1985. This is a form of memory in which we become an expert in one particular type of information and often have sole responsibility for it.

For example, at a party, your spouse may be excellent at remembering someone’s job and taste in music once he is introduced, but he may be close to useless at remembering faces and names even if he has met someone before. So couples often work as a team, with each being relied upon to be expert in their area of talent. While each partner may struggle without the other, together they appear to have no problems at all remembering anything in social situations. In this way, each partner benefits from the relationship in never feeling forgetful and always knowing what to say.

And it turns out that the more diverse your friends are in type, the more they challenge you to think creatively. They provide you with information you would not normally have and they give you different perspectives on everything. Your friends, figuratively, keep your mind open.